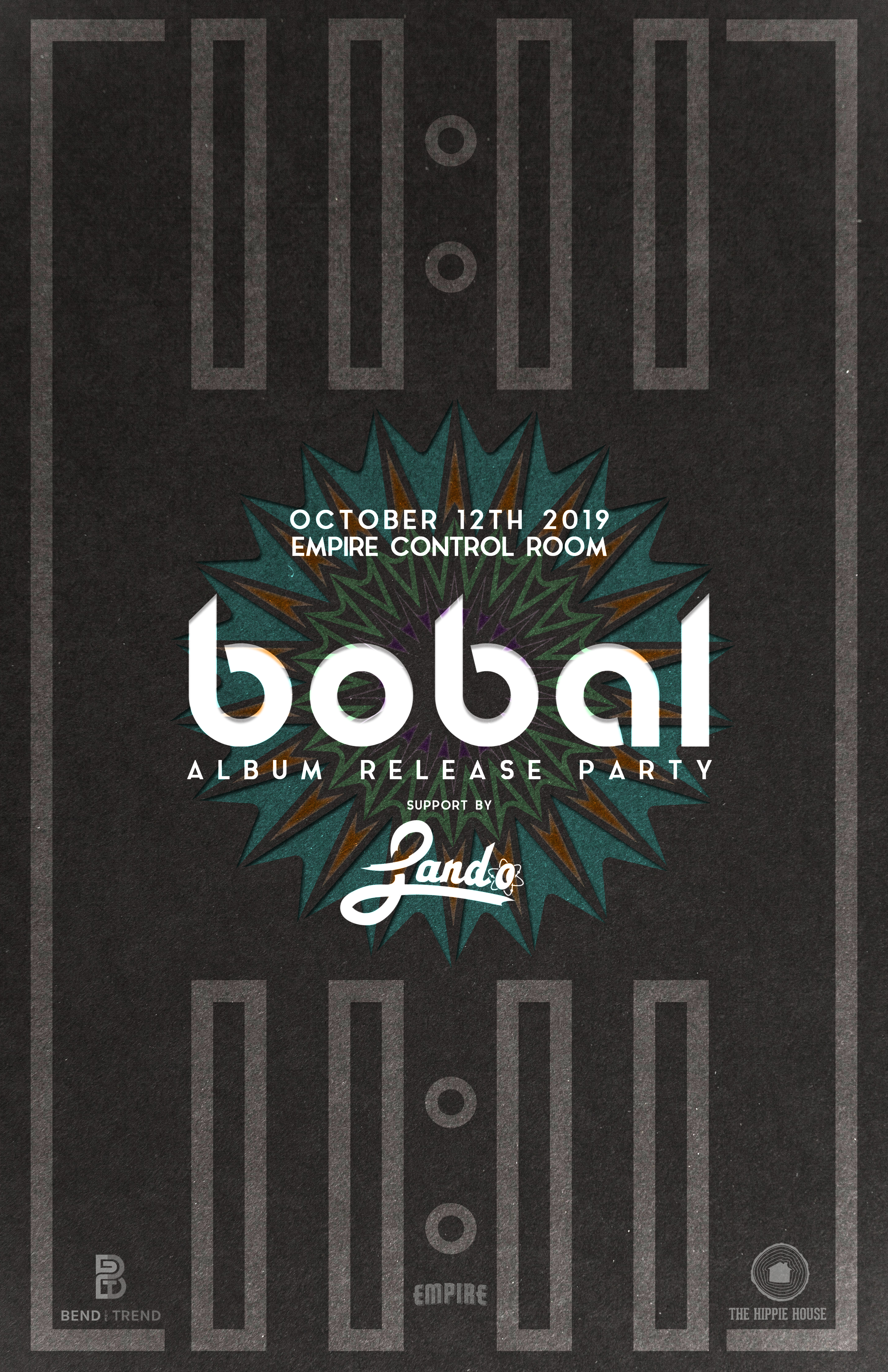 :: Bobal ::
Bobal has been hard at work this year to finalize a collection of music and is very excited to celebrate its culmination with you this October. The collection titled “11:11” combines jam band and electronic influences into a cohesive and unique sonic experience. The music was written over the past five years, features 16 local Austin musicians, and is 22 tracks altogether. Each of the four parts will be released on Soundcloud monthly, with the final part released on October 12th. All of the music will be available on Spotify and iTunes later in the Fall.

:: Lando ::
Lando’s unequivocal style is a product of tasteful soul and slammin’ beats. With Resonant Frequency quickly becoming a prominent figure in the Live Music Capital, Lando’s personal endeavors are beginning to come to fruition. Specializing as a Music Producer / Recording Artist / Sound Engineer, Lando also delivers an impactful live performance with a lasting impression through a multi-instrumental and genre defying sound.

Vince prides himself on his ability to produce a wide variety of styles and genres, as well as his incorporation of live instruments and improvisation in his sets, mainly on his beloved guitar. His musicianship clearly shines through his production, as any audience member can tell, that he is more than just a producer and composer, he is a well rounded musician. The music spans across a wide variety of genres and electronic sub-genres including Electro funk, Hip-hop, Soul, Future Bass, Dubstep, House, and Trap. All infused with improvisational jam music.
https://soundcloud.com/diamondcutsmusic
Back